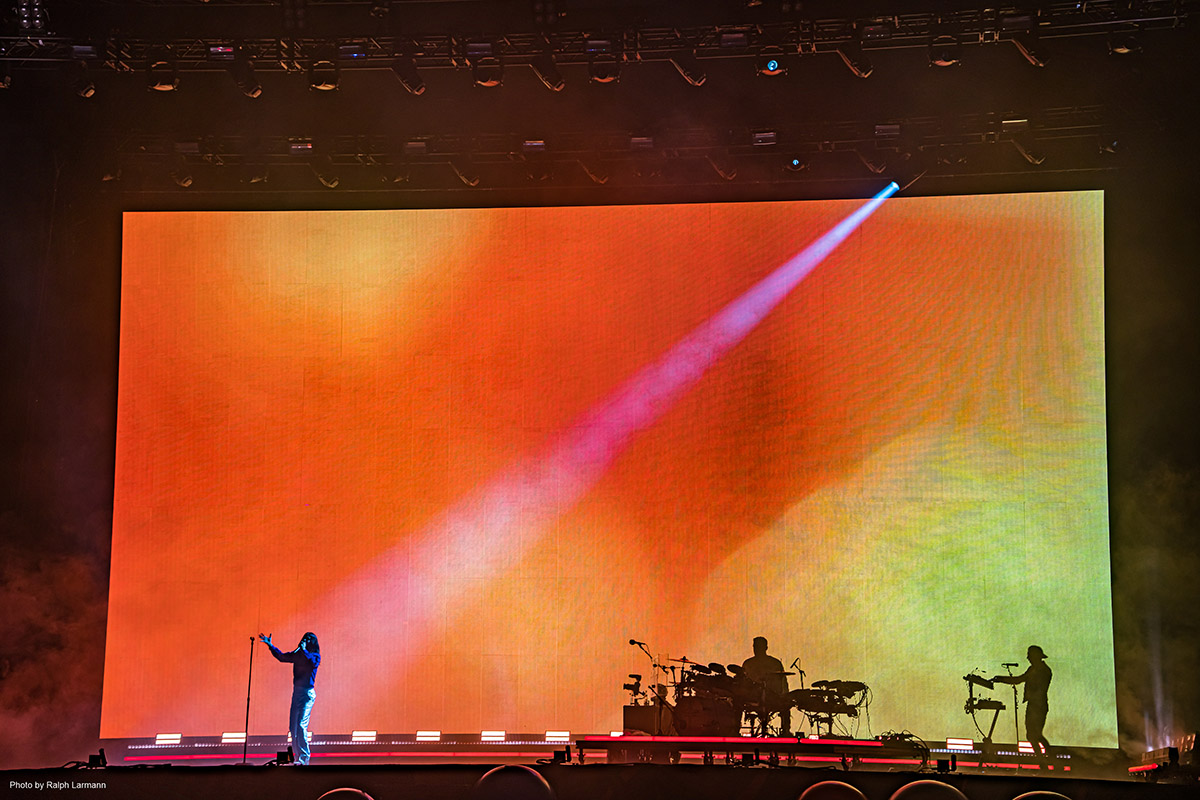 Over the summer, 30 Seconds to Mars headed out on an ambitious festival run across Europe, covering 16 countries with audiences of over 40,000 people as well as 2 shows on a private Croatian Island for a “Mars Island” experience. Ensuring the band’s vision became a reality was experienced production designer Tom Campbell of MIRRAD with his Avolites Sapphire Touch and Q3 Media Server.

The design theme took inspiration from the artist James Turrell (both Campbell and Jared Leto are fans of his work). Campbell went for a ‘digital’ aesthetic and used strong linear designs to surround the band to create a ‘cage’ effect. The dynamic of the design came from the video content so it was vital he had a media server that could deliver powerful processing but was also light and portable for travelling (in planes and speed boats for the Mars Island shows). Campbell’s first choice was the Avolites Ai Q3 Media server, a sleek and compact server with two HD outputs and one 4K output to give him the processing power he needed but also the portability. Campbell also opted for two Avolites Sapphire Touches for control of both the lighting and video. The Sapphires distinctive dual screens provided the perfect workspaces for media playback and lighting control. There was also a secondary Quartz side of stage for focusing and set up. The performances ran to timecode which added to the digital effect.

Find out more about the Q3

The content itself was very minimalistic – but on a large scale – consisting of bright colour blocks and simple shapes. It was up to Campbell and the Ai software to control and create perfectly timed pulses, flashes and movements to give the video wall a life of its own. Avolites Ai media software is loaded with a powerful built-in effects engine, allowing content to be manipulated and creative effects to be done with ease. As the show was run to timecode, Campbell was able to create effects perfectly timed to the beat of each track, fully immersing the audiences into the music. 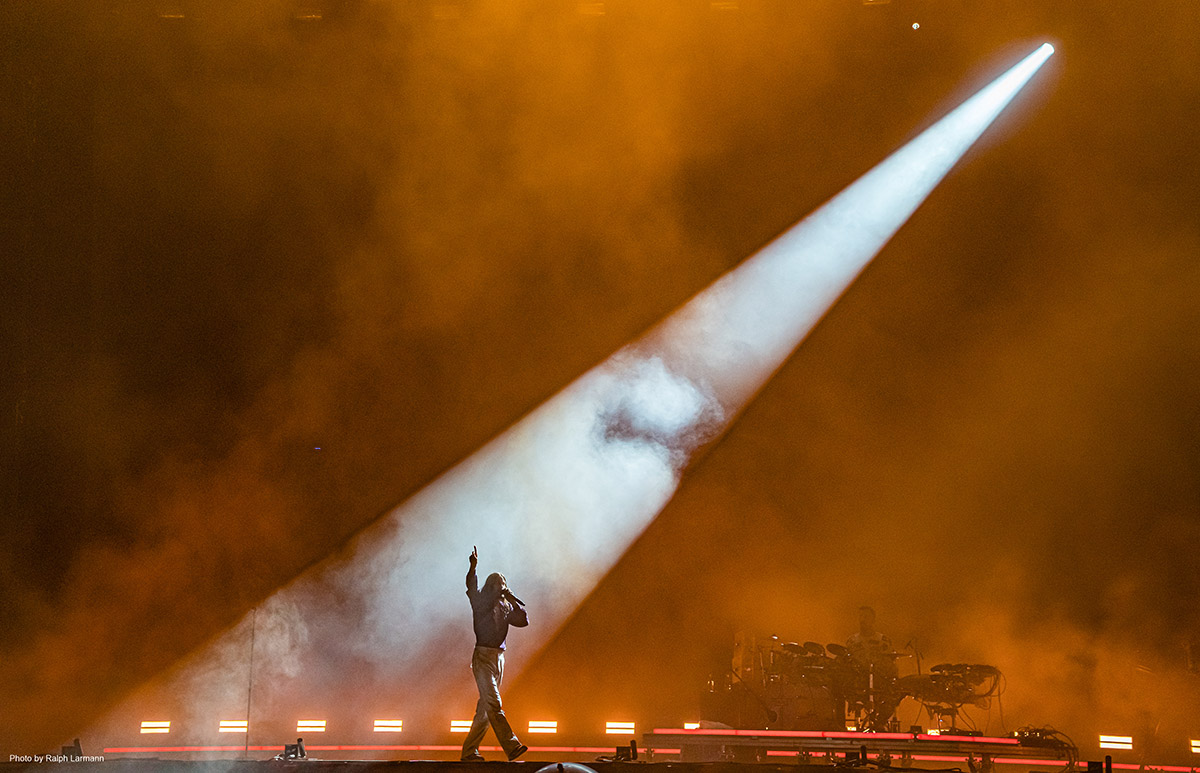 Having used Avolites for most of his career, Campbell was glad to have the reliability and creativity beside him for one of the world’s biggest artists. “Avolites excites me, they are a company that I have used for almost
a decade now and I’ve seen it grow and evolve into something very different. I’m excited to see what the future will hold.”

Find out more about MIRRAD’s design and rentals.